As I run an online marketing agency , I have been on the lookout for a good book to learn some new principles of advertisements so that I can start applying it for our clients.

Then I came across David Ogilvy, founder of Ogilvy & Mather (One of the biggest Ad agencies in the world) who has led the execution of many iconic campaigns which has even saved an entire country (Porto Rico) from an economic meltdown.

I was curious whether he had written any books sharing his knowledge and I stumbled upon one of his books – Confessions of an Advertising Man . I decided to give it a shot. These are the highlight points that I learned newly about, that I now like to consider as golden rules for advertisements:

2) Never write an advertisement that you wouldn’t want your own family to read.

This one is self-explanatory, ie, think of the audience just the way as your family members. It should be honest. Good products can be sold with honest advertising. If you lie to your customers, either the law will get you or the customer is not going to buy from you again.

Don’t shy away from providing the customer with facts about your products/services.

The more facts that you show about the product, the more information the customer receives, which increases the chance to make a sale.

For example, Ogilvy described certain safety checks that his aircraft does in an advertisement for them, which every other aircraft does but never mentions about them in their ads thinking that the customer knows. The result – the campaign brought the number of passengers travelling in the aircraft to a new record.

On average, the headline is read five times more than the body. That means you have already spent 80 per cent of your client’s budget after you have written a headline. If the headline is clumsy, the campaign is almost a sure failure.

5) Include the selling promise in your headline.

Ogilvy says in order to include the selling promise in the headline, it requires it to be lengthy. He advises keeping the length of the headline somewhere between six to twelve words.

He also cites a headline that he wrote for Rolls-Royce which he claims to be his best headline – “At 60 miles an hour the loudest noise in this new Rolls-Royce comes from the electric clock.”

6) Don’t play games with the reader.

Ogilvy considers writing tricky headlines – puns, literary and allusion as a sin. hundreds of ads are trying to capture the reader’s attention. The reader won’t spend much energy trying to figure out the literary meaning in yours.

7) Do not use negatives.

8) Make the body copy as long as possible but do not beat around the bush.

He says to pretend that you are sitting with a pretty woman in a party and she asks you about which car to buy and to write body copies the way you would have answered. ie, never to beat around the bush and to start talking about the matter directly.

He also emphasizes the importance of having a long body copy. Research says that the readership drastically falls up to the first fifty words, but after fifty to five hundred, there is only a slight drop of readers. He urges to make use of the attention and to provide all the crucial information about the product in the body without shying away from doing so.

Coming to pictures in ads, he always prefers to use real images than cartoons or illustrations saying that humans give more attention to real human faces than a rendered one. The main purpose of the image is to drive the curiosity of the customer to the product as images capture attention better than anything else.

10) Purpose of video commercials is to sell, not to entertain.

As I have observed, there are many TV commercials that tell a beautiful story that strikes and stays in our minds, but it’s hard for me to recollect for which brand or product was that video made for. This is a wastage of advertisement money says, Ogilvy. Always mention, rather start by mentioning the product in the video in order to get sales.

These are only a small portion of valuable points that I got from the book, apart from creating ad campaigns, in the book he shares his views on how to get & keep clients, and how to run an agency. The book is available on Amazon.

[About the author: Jaison Thomas is an Entrepreneur, Speaker & Writer. He co-founded the digital marketing agency, Blusteak .]

The article was originally published here . 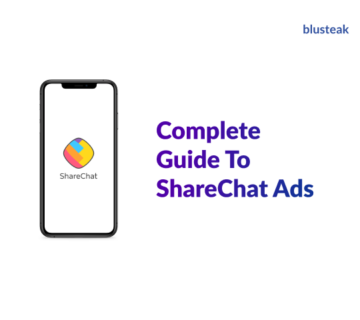 How to Run Ads on ShareChat