How We Got 6 Lakh Organic Reach for an FB Post

Onam is one of the largest festivals in Kerala, where the major chunk of electronics and home appliances sales happen in the retail industry. Our client Nandilath G Mart, one of the leading retail chains in Kerala wanted to spread awareness about their Onam offers and campaign through the digital platforms

Onam campaign being one of the major festival seasons, all major brands are competing to get into the market and grab the attention of users. We had to create an engaging plan to create the initial buzz about the campaign.

Major challenges were ideating a campaign that most people will engage with and at the same time that could increase the recall of the campaign. We have identified a give away campaign that could increase reach and engagement. All online users have stereotyped the giveaway campaigns as a trick pulled off to trick them to like or share the respective pages. We had to develop an Idea that could change the pattern of how we make them engage.

We ideated the campaign to be a giveaway contest across Facebook and Instagram with no conditions to endorse the brand or page. Users have to just comment in the comment box the name of the campaign, and get done with it. It doesn’t ask them to do anything else other than commenting the campaign name below that. The give away condition is where we have improvised to get maximum engagement. With no conditions for users directly, we have added a clause of giving away two gifts to two winners who get the most likes on their comments and to another winner who gets the least like on his comment. The prize value for the least liked comment is higher than the prize for the most liked comment. So effectively who gets the least comment gets the high value prize.

This strategy was a hit, as people started to engage with the post they went along to like the other comments as well and the competitive spirit among the users made it a massive engagement campaign. 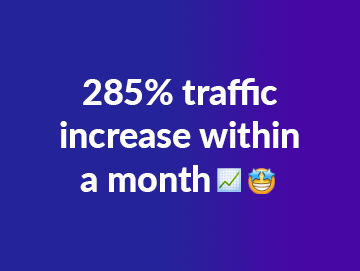 A 285% Traffic Increase Within a Month via Organic Social Media 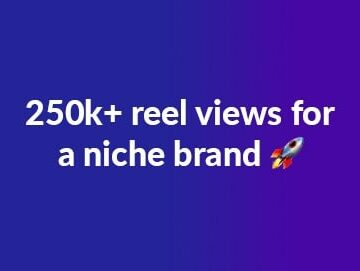